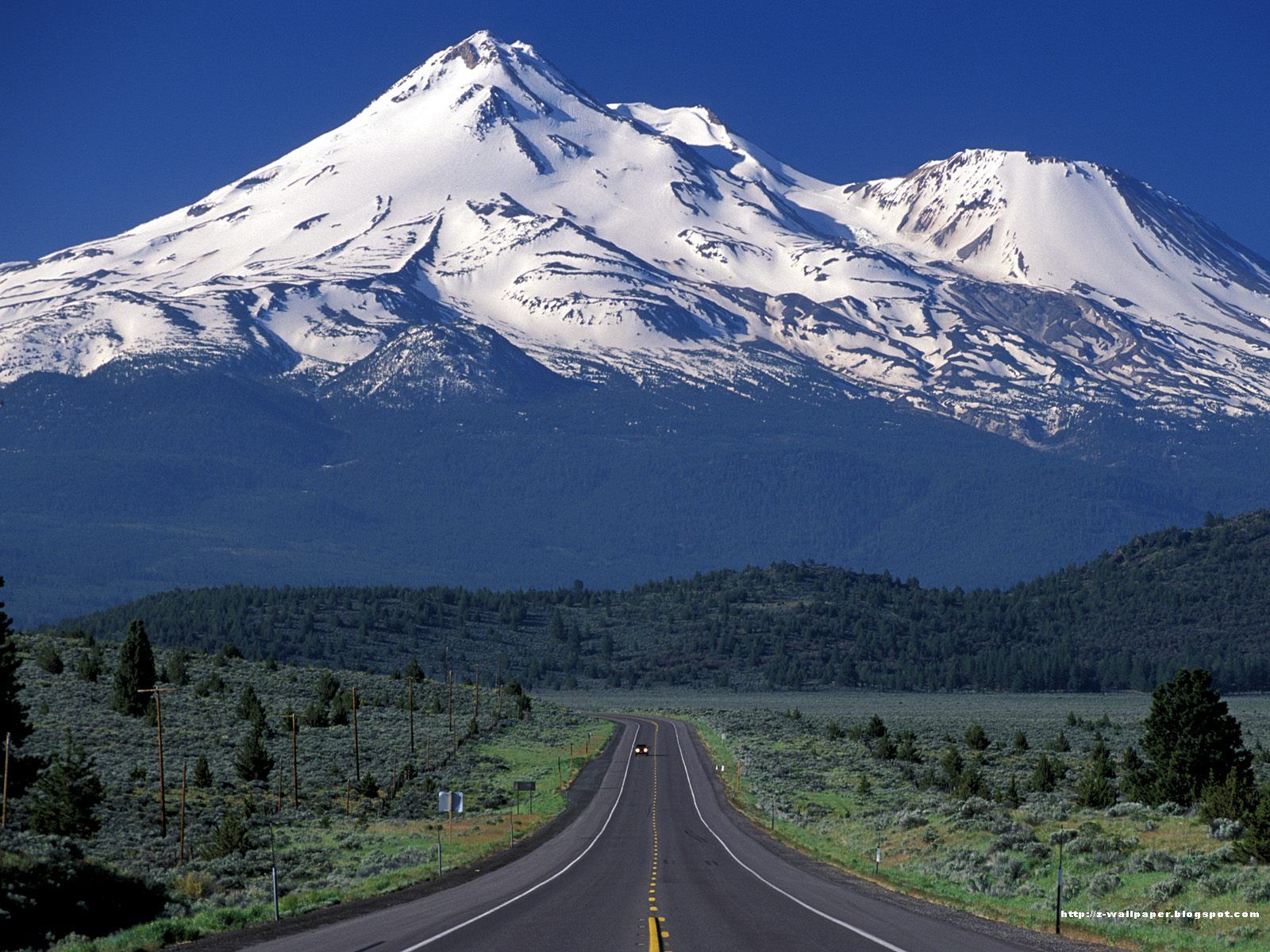 Mount Shasta is an ice-topped volcano in Northern California that draws outdoor adventurers and spiritual seekers from around the world. It is located in the Shasta-Trinity National Forest, the largest National Forest in California, which encompasses 2.2 million acres. With a diverse landscape, the Forest encompasses over 6,278 miles of streams and rivers, hundreds of mountain lakes, and it ranges from 1,000 feet in elevation to the spectacular Mt. Shasta with its impressive elevation of 14,179 feet.

Mt Shasta is not only a mountain, it is one of the largest strato-volcanoes on the west coast of the United States. A strato-volcano is a large, steep-sided, symmetrical cone built of alternating layers of lava, ash, cinders, and other organic materials. Mount Shasta is all the more stunning because it’s not one of several peaks, it is the peak. The last confirmed eruption of Mt Shasta happened in 1786. Rising out of forests and meadows, Mount Shasta is known for its natural beauty and powerful spiritual presence.

The focus of this tour is three fold. First, we are going to connect with the very high vibrational energy for which Mt Shasta is known. As such, we will hike to, and around Mt Shasta on the numerous easy to moderate nature trails in the area. Daily high temperatures at Mt Shasta in May range from 64°F to 71°F, while daily low temperatures range from 39°F to 45°F. Please pack for cold weather and bring sturdy hiking boots.

Another focus of this tour is to connect with Archangel Gabriel, who has a retreat in the etheric realm above Mt Shasta. Archangel Gabriel is known for being the Angel who helps with Communication, New Beginnings, Manifestation, Creativity, and Self-expression, as well as with the base chakra, the sacral chakra (lower creativity), the solar plexus chakra, and the throat chakra (higher creativity). Come on this tour if you would like help clearing blocks in these areas and chakras, and enhancing their functioning in your life. Bring your journals and vision for improved communication, clarity, starting anew, co-creating the life of your dreams, enhancing creativity, and speaking your mind.

And finally, we will also connect with Pleiadian healing energies. Pleiadians are star beings who are known as great healers, they practice a highly advanced form of spiritual healing that works on a multi-dimensional level. Consider what you would like to have healed and come with an open heart and mind.

We will meet at the Medford Oregon Airport (MFR) at 4:00 pm on Friday, May 6, then drive to Mt Shasta together, where we will check in at our hotel, the Shasta Inn. We will meet in the evening of our arrival for an orientation to each other and the tour.

The exact itinerary for each day’s activities will be decided by the participants from a list of available options, and as guided by Spirit.

For our return to the airport, please book your flights to leave after 9:00 am on Wednesday, May 11.

This is organized as an intentionally small tour group to maximize the tour experience. Only four spots are available.

Timeline: Registration is due by March 31 for guaranteed pricing. Registrations received between April 1 and May 1 are subject to price fluctuation due to hotel availability.